Preventive maintenance of streets is required on a regular basis to extend the life of streets and to provide a quality riding surface for all modes of travel. The Capital Improvement Program adopted in June 2019 includes funding for the ongoing Annual Street Rehabilitation/Preventive Maintenance Program, CIP Project No. 17240005.

This project will consist of rehabilitation and preventive maintenance of City streets including pothole/base repairs, crack sealing, slurry seals, and pavement overlays. Rehabilitation and maintenance work on public streets need to be coordinated with other City projects, utility company excavations and private development projects on a cycle that sustains a high Pavement Condition Index (PCI) for all City streets.

The streets to be rehabilitated were identified as needing rehabilitation in the Pavement Management Program Budget report prepared as part of MTC’s Technical Assistance Program P-TAP in Dec. 2017. This project includes work on the following streets:

The project will include improved striping configurations for the bicycle facilities on 59th Street, 62nd Street, 63rd Street, Doyle Street, Horton Street, and Overland Street. The new striping improvements will include, but are not limited to, re-configuration of bicycle lane transitions at intersections, buffered bicycle lanes, green thermoplastic bicycle facilities, and improved pavement markings for Class 2 and 3 bicycle facilities. Every crosswalk that is re-surfaced in the project areas will be re-striped as a continental crosswalk to improve pedestrian safety.

The project will include sidewalk and curb ramp improvements/repairs for areas that have been identified as being deficient for ADA accessibility.

The project improvements will also include the closure of vehicular traffic on Doyle Street between 61st and 62nd Street. Bollards, striping, and other features will be added to the small block segment to provide a safe route for bicycles and pedestrians only. This new condition was a recommended item from the ‘Bicycle and Pedestrian’ and ‘Parks and Recreation’ Advisory Committees. The item was also approved and recommended by the Public Works and Transportation Committee to go to City Council for final approval. 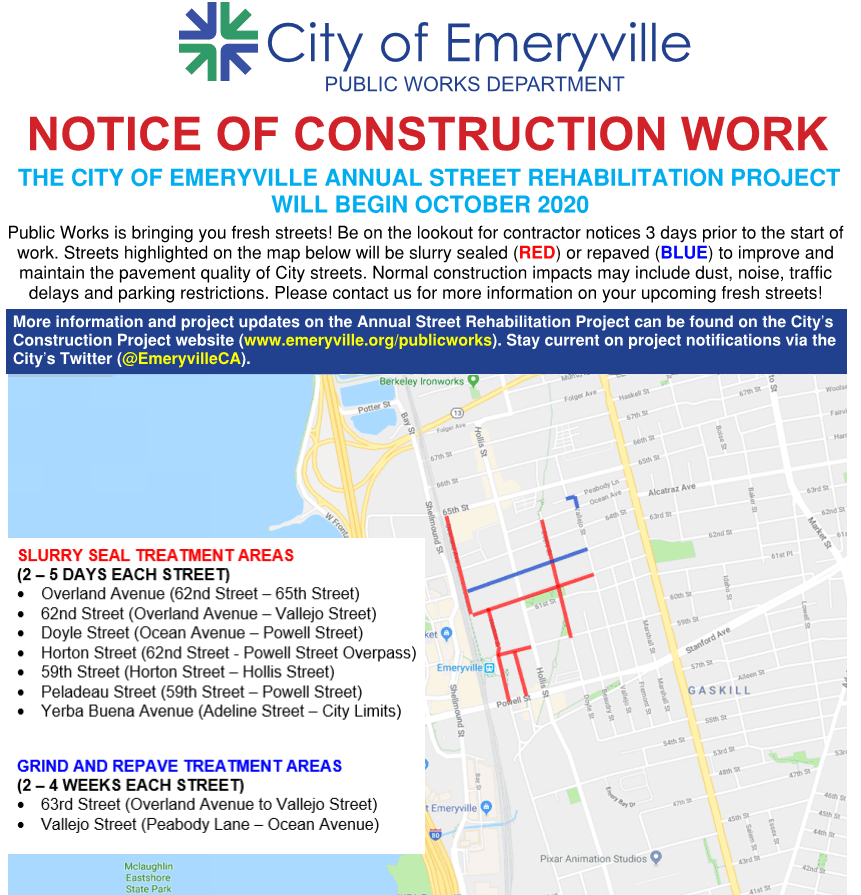 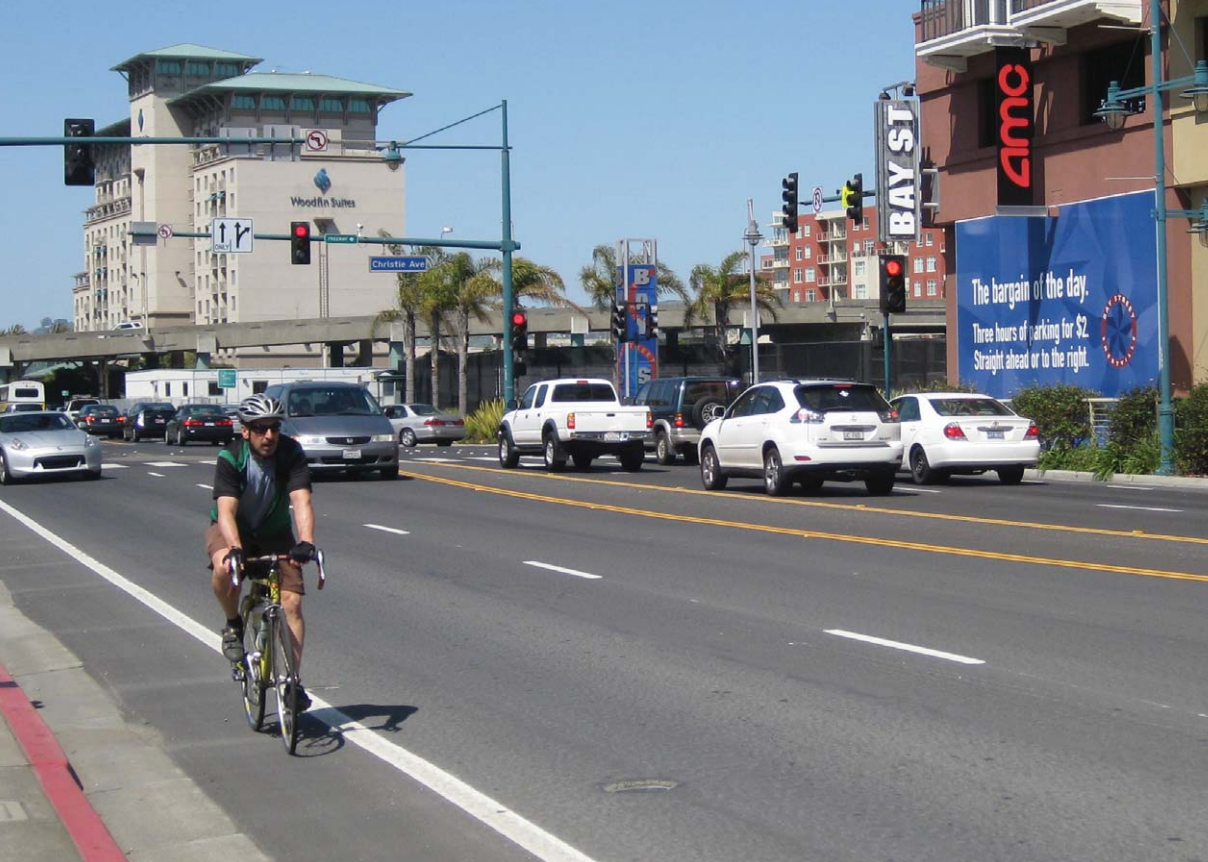