The Emeryville Greenway extends from Berkeley’s 9th Street Bike Boulevard to Emeryville’s Horton Street Bike Boulevard which connect to Oakland’s Mandela Parkway. Berkeley’s 9th St bike boulevard connects north to Albany’s University Village and the Buchanan Street Cycle Track leading to the Bay Trail such that the Emeryville Greenway serves as an integral segment of a regionally significant bicycle and pedestrian pathway and designated route. The Emeryville Greenway will be extended further west through Horton Landing Park and linked to the to-be- constructed South Bayfront Bridge. For more information on the Bridge, expected in 2019, see here.

California State Parks and Recreation helped fund the creation of the newest segment of the Emeryville Greenway and construction of Peladeau Park with over $800,000 in Proposition 84 Park bond funding. Local funds from Park and Transportation Impact fees completed the project in Spring of 2018. Volunteers are encouraged to assist with the interpretation and sustenance of the park improvements including the City’s first windmill. For volunteer opportunities contact Amber Evans at aevans@emeryville.org or 510-596-4382 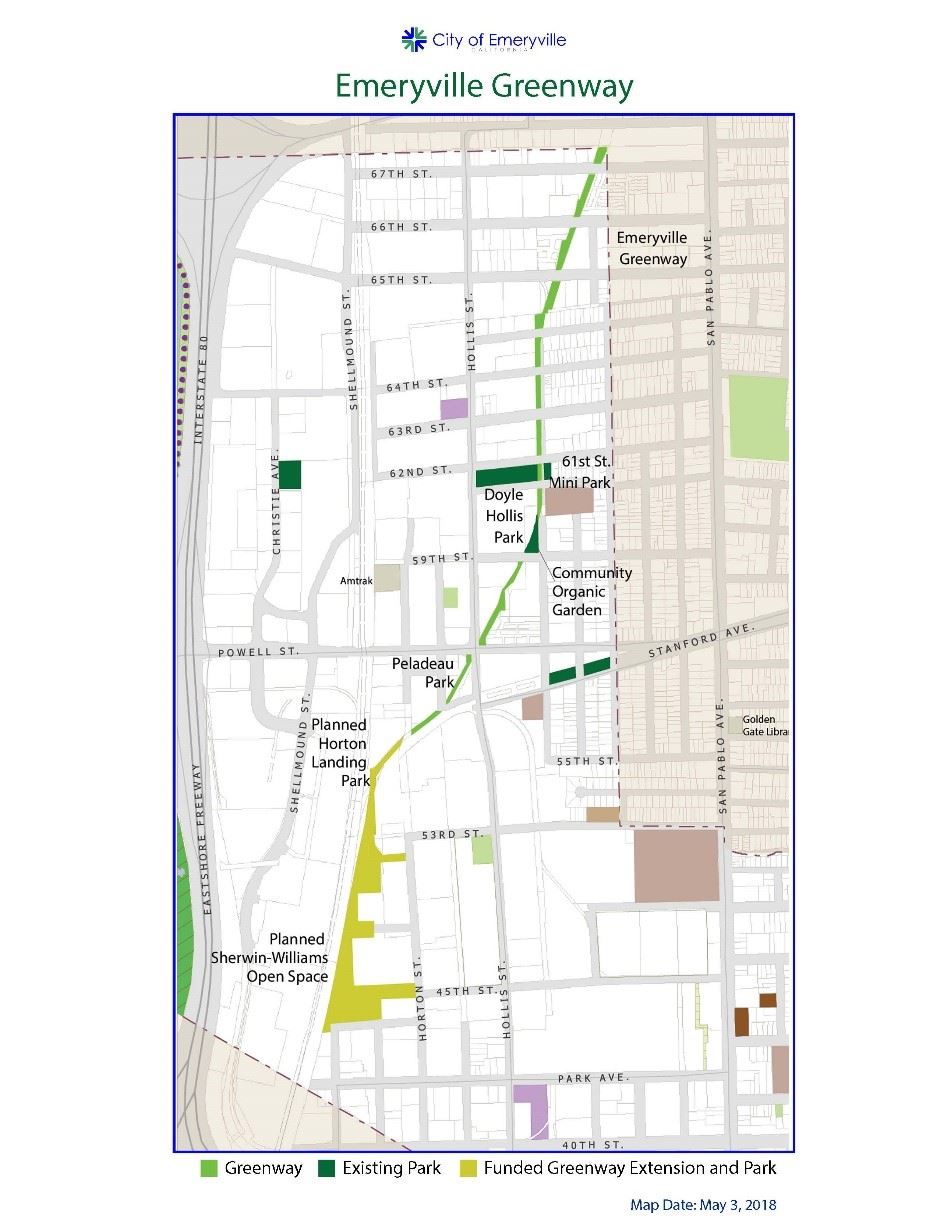 The newest segment extends over two blocks and incorporates two murals The first block extends from the Powell Hollis Intersection to the Stanford Peladeau Intersection. 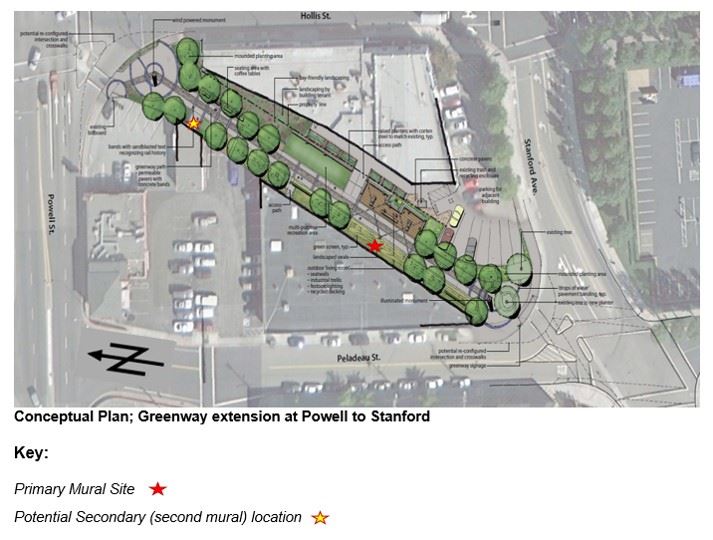 The second park block extends from the Stanford Peladeau Intersection to Stanford/Horton Intersection on which the other side will be built Horton Landing Park. And the South Bayfront Bridge spanning of the RxR tracks bifurcating Emeryville. 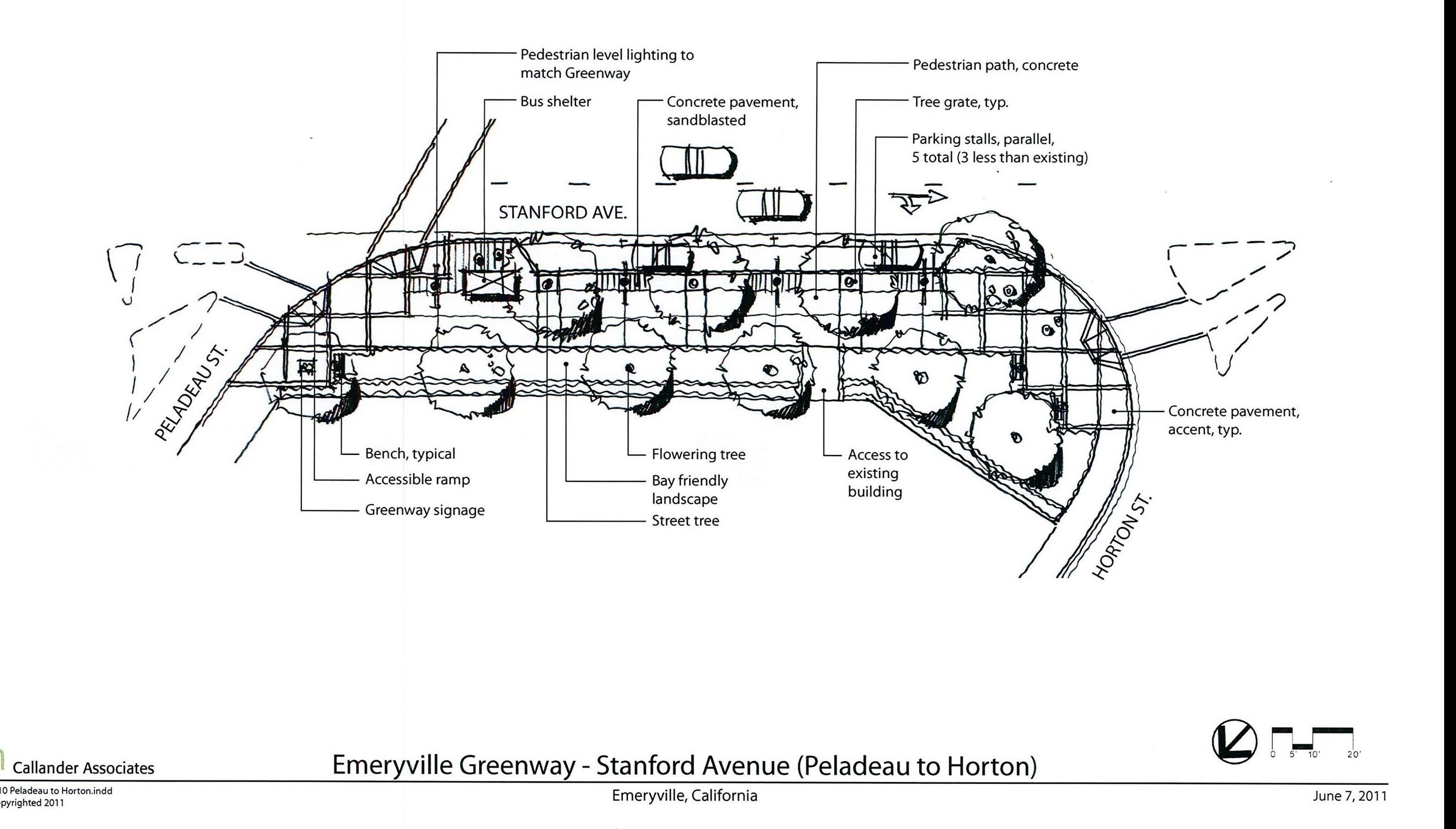 Ping Pong equipment will be available for rental from The Broken Rack, an adjacent business and pool hall for use at the public ping pong table on the Greenway.

The Key System ran trains on these rails and in Oakland, Berkeley, and San Francisco from 1903 to 1960 before it was sold to AC Transit. These trains specifically ran on the spur line that was converted to Peladeau Park and the Greenway. Prior to that, it was the route of the Southern Pacific Interurban Electric Railroad (IER) that ran directly from San Francisco through Emeryville to Albany and North Berkeley. 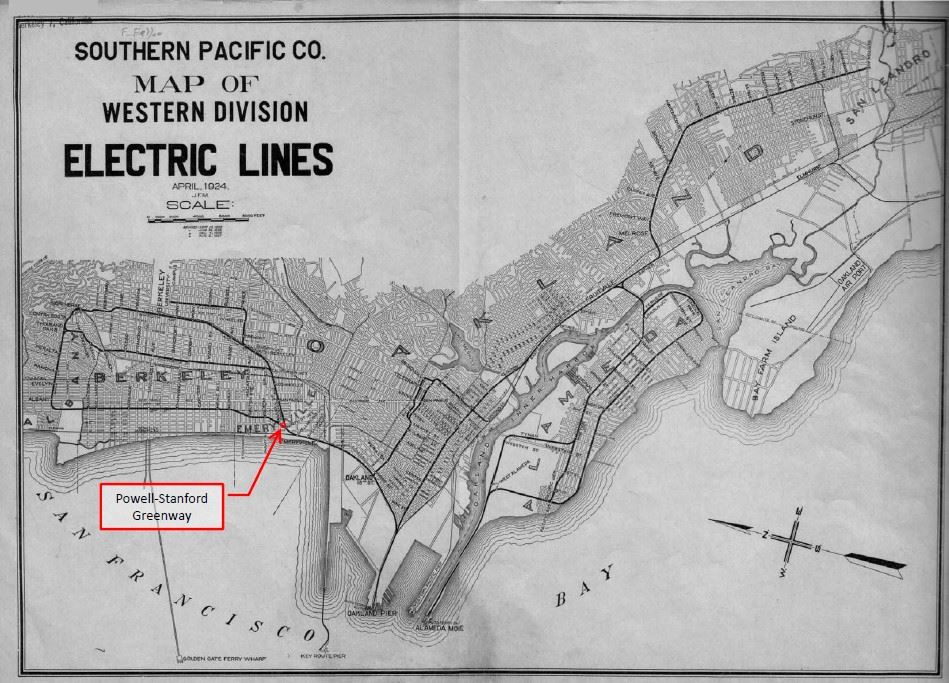